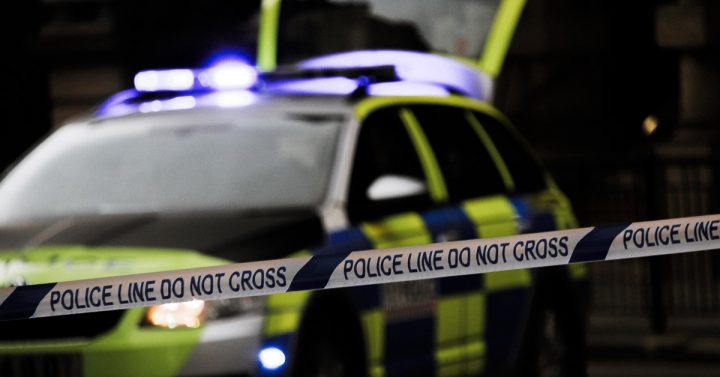 The second phone call finally came in from Charity.

I answered the phone. “Hello, honey.”

While waiting for more information from Charity, Susan and I talked through possible scenarios. But there was one neither of our minds would let rise to the surface. We instinctively refused to say some words because we wanted to eliminate the possibility.

But Charity said the words Susan and I wouldn’t: “Oh, Daddy, it was abuse.”

The words hung in the air as I repeated them to Susan until they seemed to take on mass and crush us.

Timmy confessed to doctors, and later to police, that in frustration he had shaken and squeezed little, fragile Allie until she was no longer breathing.

Strain to the routine

Charity and Timmy were able to alternate work schedules to take turns watching Allie. That night, it was Timmy’s turn to watch Allie while Charity worked. At this point, the relationship between Timmy and Charity was strained and the romance had fizzled. They shared living space because it was economical and convenient for sharing parenting duties. But neither of them was getting from the relationship what they had hoped for. They lived together but dated whomever they wished, which resulted in frustration and hurt feelings.

Both had low-paying jobs. Rent, even in their fifth floor apartment of the dilapidated building in San Francisco’s Tenderloin District, was expensive. They shared their tiny apartment with two other roommates to chop the rent more into more affordable chunks. A coat closet served as a tiny nursery for Allie. There was too much pressure on this situation to be sustained. Lack of money and unfulfilled relationships made this arrangement potentially explosive.

It was Timmy’s turn to watch Allie. He gave her a bath before bed. Allie was not compliant at bath time. According to the record of his conversation with doctors, to get control of Allie, Timmy shook her and squeezed her. And then she stopped breathing.

Timmy didn’t know what to do. In a panic, he laid Allie on the floor. He yelled for his roommate who was in the next room to call Charity, but the roommate insisted he call 911. “We’ll call Charity later,” he said. The roommate had no idea why Allie wasn’t breathing. Later, after being interviewed by police, the young college student was horrified to learn, that Timmy inflicted violence on a baby right under his nose for three months. It would be a few more days before all of us, including the roommate, would have a clear picture.

Paramedics were dispatched to the fifth floor apartment while a 911 operator talked the two young men through cardiopulmonary resuscitation (CPR). Timmy and the roommate did their best to take directions from the operator and tend to Allie until paramedics arrived.

When paramedics reached the building, they loaded their gear into a rickety, ill-maintained elevator. The door slid manually on a track like something you’d find in an old-factory. The lock was damaged so the mechanism had to be slammed forcefully into place, just right. If it wasn’t done correctly, the elevator wouldn’t move. Constant slamming had worn the door beyond dependable operability.

The paramedics got the elevator to work, but when they arrived at the apartment, Allie’s vitals were crashing. She wasn’t breathing, and her pulse raced as her weakened heart frenetically pumped blood to organs screaming for oxygen. One of the paramedics tested Allie’s capillary refill. He pressed the flesh on her arm with his thumb and counted how long it took for his white thumbprint to fill with blood to regain flesh color. For a healthy person, it’s immediate (try it on yourself). The thumbprint on Allie’s skin took several seconds to fill.

Paramedics began to oxygenate and ventilate her with an oral/nasal airway and bag-valve mask (BVM). Allie was losing the fight. The medical team loaded her onto the elevator.

As the paramedics squeezed air into Allie’s lungs while the elevator descended. Suddenly, the door disengaged from the lock stranding the lift between floors. The paramedics manhandled the door open and climbed out onto the level above with Allie and their equipment. They scrambled down the remaining flights of stairs out into the street, loaded Allie and Timmy into the ambulance, and sped off to California Pacific Medical Center.

The ambulance was met at the hospital by a team of nurses and doctors who worked to stabilize Allie. Tubes were inserted into her throat and a machine inflated her lungs with oxygen.

Hospital records show that, upon admittance, Allie had a broken rib, broken shoulder, and broken leg, all in different stages of healing. That night, Allie did not regain consciousness.